FUNNY the comments you hear in passing when you’re out and about. White Night 2016 – a celebration of all things artistic – came and went last Saturday night and in the intervening 36 hours the twitter-sphere has been abuzz with comment. Surprisingly, a lot of that comment has been somewhat grumpy.  I say surprising, because I had a ball.

Much of the negative comment has been to do with the relative paucity of display along the main thoroughfare of our fair city. Swanston Street was purposefully left clear  this year to encourage foot traffic and facilitate smooth flow, avoiding the crush of humanity that characterised 2013 and 2014. Perhaps it was left a bit too clear – and perhaps the various venues were too spread out across the city, rather than concentrated in the centre – which meant that people spent most of their time in one or two main areas, rather than hike from one end of the CBD to the other and see the whole.

Which is exactly what my wife and I did – we concentrated on the Exhibition and Carlton Gardens precinct to the north of the CBD. My experience here was great; a large crowd (with no crowding) of positive and curious onlookers enjoying the performances, displays and the stunning work of the Pitcha Making Fellas in collaboration with Portuguese creatives OCUBO. They combined to create a new dreaming that describes the passing of the six seasons (yes six, not four) with skill, aplomb and not a little humour.

Personally, I look forward to next year. Pictures, they say are worth a thousand words, so…. 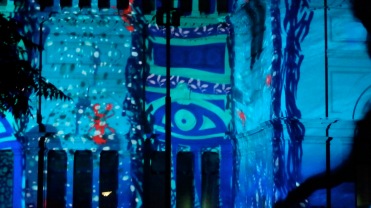 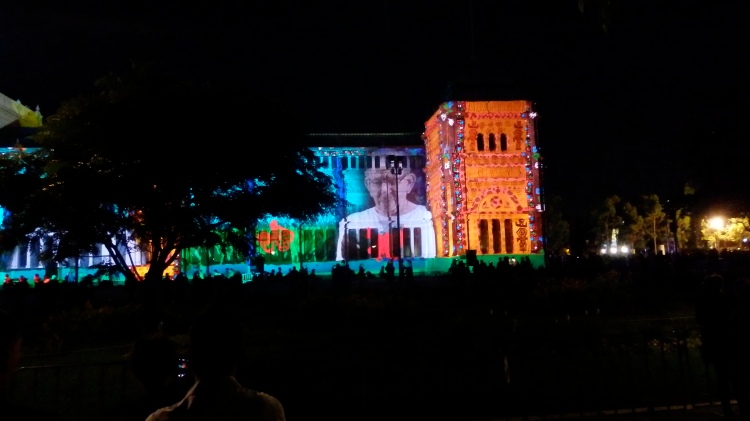 I graduated from art school with majors in Painting and Art History. Since then I’ve created, curated, spoken and written about art and art practice of all kinds, worked for the National Trust of Australia, the Meat Market Craft Centre and exhibited my work in solo exhibitions, group and invitation shows. I am married and live with my family in Melbourne, Australia. View more posts